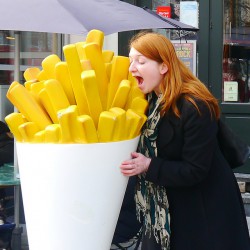 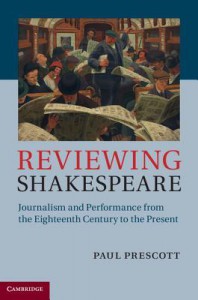 This was very up front about being written by a dude focusing on dudes. It spent most of the time talking about how (male) critics are envious of and want to replace male actors, focusing on Macbeths since the start of newspaper journalism. It spent quite a lot of time on George Bernard Shaw's sexual envy of Henry Irving over Ellen Terry, and whatever was going on with Kenneth Tynan's thing for Laurence Olivier. There was a bit of discussion near the end about blogs and popular reviewers, and a few hundred words about what it means when Michael Billington engages with readers in the comments of the Guardian site. I did not find it very useful as a text about Shakespeare criticism, although it was snappy and fun to read, which is a lot more than you can say for a lot of books by academics about their specialties. It was a bit reassuring as a text about male sexual envy, in the sense that a lot of people through history seem to have been really worked up about it but I don't really have to deal with it in my everyday life, except when I pick up books erroneously thinking they are going to be about Shakespeare criticism.